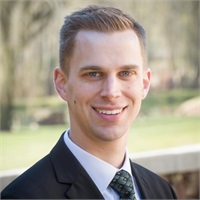 Ryan has been a Financial Advisor with Waddell & Reed since 2013. He acquired his securities license in 2011
and quickly went on to earn a Super Starter Award from Waddell & Reed. In short time he has built a practice
by caring deeply for his clients and helping them pursue their goals and dreams through financial planning. As
a Financial Advisor, Ryan works with individuals and families to pursue their short and long-term objectives.

Ryan graduated from York College of Pennsylvania with a Bachelor’s Degree in Finance. While at school, he
gained valuable knowledge by interning with an experienced Waddell & Reed advisor. This, along with a
passion for helping families that started much earlier, his career as a Financial Advisor moved along quickly.

Ryan had an impactful experience at a young age that motivated his interest in helping families with their finances. Ryan has a
brother named Derek who has special needs. When they were young, his parents received poor advice that caused them to lose
much needed assistance from a government program. This experience drives him to work hard and learn everything he can to
help families make well-informed financial decisions.

Ryan currently holds his Series 7 and 66 licenses through LPL Financial. He is also licensed to sell annuities, life, long-term care, and disability
insurance.  Click here for a full list of services.

When Ryan isn’t working, he enjoys spending time with his wife Kaitlin and their children Lainey and Blake. He also enjoys
playing baseball and golf, working out, and coaching his son’s baseball team.